This is the website for FBME Limited, the holding company for FBME Bank, its Head Office and its branches and representative office in Tanzania, Cyprus and Russia. The website has been produced in response to the actions of the Central Bank of Cyprus in taking over the running of the Cyprus branch of FBME Bank.

That action by the Central Bank has resulted in an almost total barring of the release of public information and advice to FBME customers and associates, and even messages of support and encouragement to its staff. As a result, the holding company has created this website as a way of releasing information it feels should be in the public domain.

Ayoub-Farid Michel Saab (Farid Saab) banker, born 14 July 1939 in Teheran, Iran and moved to Lebanon at the age of 12. 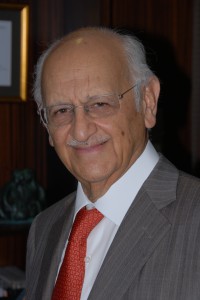 He studied Economics at the American University of Beirut and speaks English, French, Arabic, Russian, Iranian and Armenian.

Farid Saab was appointed Vice President at Federal Bank of Lebanon (FBL) founded in 1952, by his father, Michel Ayoub Saab and his uncle Joseph Ayoub Saab. He served FBL as Vice President from 1982-1991 and Chairman from 1991 to date.

Farid Saab served Visa International’s Regional Board, EMEA (Europe, Middle East and Africa) as Member of the Board of Directors from 1986 to 1996.

Farid Saab was furthermore appointed member of the Board of Directors of Visa International – and served its Board from 1989 to 1995.

He has a BBA from the American University of Beirut and speaks English, French, Arabic, Russian and Armenian. 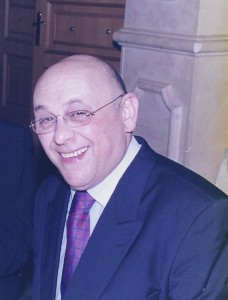 Together with his father, Michel Ayoub Saab, and his brother, Ayoub-Farid Saab, founded FBME Bank Ltd (formerly known as Federal,Bank of the Middle East) in 1982 and was appointed Member of its Board of Directors, since inception. He presently is Chief Executive Director of FBME Bank Ltd.

The actions of the Central Bank of Cyprus in assuming control of the Cyprus branch of FBME Bank came following the release on 17 July 2014 of a notice of findings by FinCEN, a bureau of the US Department of the Treasury (dated 15 July).

A summary of this and later occurrences can be found on this website under the heading: ‘What Happened and When’, below.

As soon as FBME Limited was advised of the US notice it contacted the Central Bank of Cyprus with an invitation to supervise operations to restore confidence in FBME. This was during Friday 18 July. Work continued on this basis until the late evening of Monday 21 July when, around 11 pm, the Central Bank suddenly announced a decree to take over and sell the Cyprus branch of the Bank, a move which FBME Limited regards as extremely hostile and has opposed in the courts.

This abrupt decision by the Central Bank of Cyprus was hasty and ill-conceived.

Since 21 July a Special Administrator, Dinos Christofides, appointed by the Central Bank of Cyprus has effectively barred transactions by depositors until the early part of September and then only on highly restricted basis. It is claimed that this is due to an absence of correspondent banking, but this is not true.

In Tanzania, the head office and branches are working under the supervision of the central banking regulator, the Bank of Tanzania. There the situation is different and the regulator is allowing banking services to continue to serve customers under its supervision. This obviously is what should be happening in Cyprus. The Cypriot authorities have refused to cooperate with the home supervisor in Tanzania, in flagrant breach of normal regulatory practice.

As part of the submission to the US department of the Treasury’s FinCEN a public comment was prepared by the international law firm Hogan Lovells, which is available by clicking here

FBME Limited is the holding company for FBME Bank. The origins of the organisation go back to the 1930s when Mr Michel Saab served as a representative of a construction firm. In the early 1950s he founded the Federal Bank of Lebanon SAL (FBL).

Federal Bank of the Middle East Limited was formed in Cyprus in 1982. Due to business considerations it was registered in the Cayman Islands in 1986 and changed its name to FBME Limited in 2005. FBME Bank Limited and Federal Bank of Lebanon SAL are today completely separate entities.

In 1982 FBME Bank Limited’s Cyprus branch was granted a full banking business licence to operate from within the country under the supervision of the Central Bank of Cyprus, and FBME Bank Limited has now been operating in Cyprus over 30 years.

The Bank was reincorporated in Tanzania in 2003 in line with FBME’s strategy in developing markets and a specific business opportunity to accept certain assets and liabilities of a bank in Tanzania in possession of a full banking licence. It continues to operate in the country under the supervision of the Bank of Tanzania.

Originally formed with ownership held between the founder, Mr Michel Saab and his sons, since the passing away of Mr Michael in 1991, FBME Limited has been owned equally by Mr Ayoub-Farid M Saab and Mr Fadi M Saab.

Through the holding company and its units, 438 people are employed in Cyprus, Tanzania and Russia, of whom 200 are citizens of the Republic of Cyprus. Its client base is geographically diverse, coming from 50 different countries.

FBME Limited sets out here the background to developments regarding both the Notice of Findings and Notice of Proposed Rulemaking issued by the FinCEN bureau of the US Department of the Treasury, and later actions taken by the Central Bank of Cyprus and its Special Administrator in regard to the Cyprus branch of FBME Bank.